SALE: choose from hundreds of design products up to 50% off. 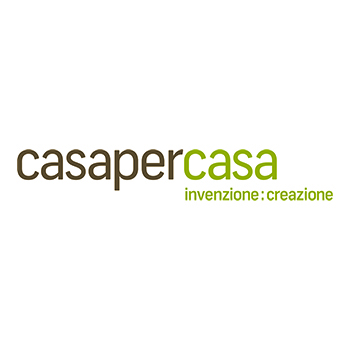 Bravate Artigiane by Casapercasa is a collective of designers and expert craftsmen who believe in sincere products. They produce furniture items that bear the tangible signs of manual skills and skilled experience, the raw materials are the protagonists and the finishes clearly express the great ability of Made in Italy that culminates in the attention to detail. The "bravado" is the inspiration from which this brand was born, which overturns the design process: the material, the craftsmanship and the carpentry are the big bang from which the idea originates, which becomes a design and finally a project. The craftsman becomes a designer and the artisan designer, everyone puts their hands in the dough, because starting from the carpentry, the design maintains an accessible character and has the strength to place design and production languages ​​on the same level. The stunt is a bold but genuine attitude, which is in contrast with the formality and coldness of series production. It becomes seduction based on the capable gesture.
Filter
Price low to high
Price high to low