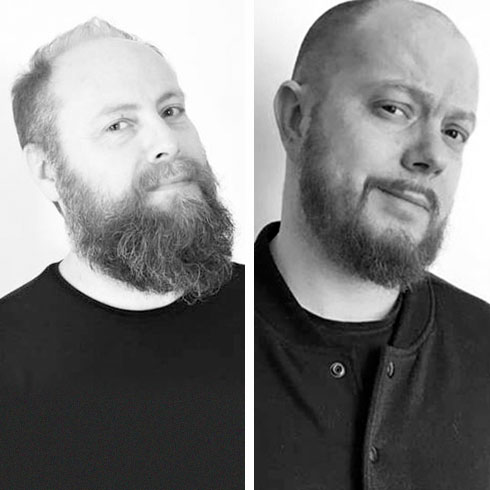 Luca Binaglia: After working as a designer at the Studio Hero of Simone Micheli in Florence, I'm in Perugia, my hometown, where I started my career as a freelancer. In 2006 Luca Binaglia design studio was born. In 2008 I am mentioned among the 200 Italian talents awarded in the world by the publication Young Blood, presented on 5 November 2009 at Palazzo Chigi by the Minister for Youth Policies. They are one of the founders of Unwaste - Poetic Upcycling Design, a collective that manipulates objects used to transform them into real sustainable design proposals. In 2014 I am the curator of the DUG reconnaissance exhibition - Umbrian design last generation. Since 2014 he has been a lecturer at the NID institute in Perugia and since 2015 he has been responsible for the design area for the 3Dific company. I deal mainly with product design and furniture design, and I am constantly looking for new creative languages ​​both through industrial and artisanal productions. With the Duale table and the Decube armchair I have traveled the world, through Russia, China, USA, Brazil and most of Europe. Many magazines, including Ottagono, Interni, CasaVogue, DDN, Living, DCasa and as many blogs including the most influential DesignBoom have published my works. I have worked with several companies as designers, including MOD, Offiseria, Blueside, Pirondini, B-Trade and AbnormalStyle. Lucio Curcio: Architect and Designer, graduated from the Faculty of Architecture Federico II of Naples, I live and work as a freelance in the field of interior design and product and furniture design. I collaborate with several companies for the development of dedicated products, including: Equilibri Furniture, B-Side Collection for Persiceto Marmi, Car-Met. They published my products: Designboom, Gioia Casa, Viver la Casa, Ottagono, Hearst Home, Adculture.
Filter
Price low to high
Price high to low