An ode to design and revolution: Flos and John Lennon

1962. Do you remember that year, John Lennon? The Beatles’ very first 45 EP record came out. Love me do was on the A side, backed by P.S. I love you. Few would have bet on you, but since then everything has changed in the world of pop music.

And not only that. In the same year in Merano, a small town in northern Italy that’s about one tenth the size of Liverpool, a laboratory was founded in which materials, styles and production techniques were experimented to reinvent artificial lighting.

I wonder if you too had such high expectations and ambitions at the beginning.

This laboratory and company based in Merano has a short and musical name: Flos, which means flower in Latin. It was architect Pier Giacomo Castiglioni who chose this symbolic name, and then went on to mark the story of the brand together with his brother, Achille.

In 1962 the two designed a piece for Flos that was a watershed in industrial design. Also in this case the name is simple, short and clear: Arco.

You said that if there hadn't been Elvis, there would not have been The Beatles. To give you an idea, today there are at least 100 top designers who would give the same importance to Castiglioni. 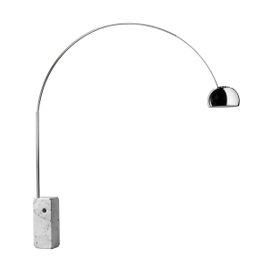 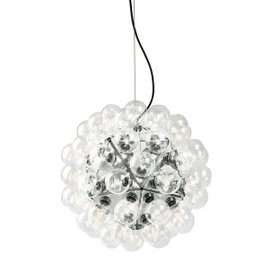 Flos’ Fuorisalone 2018, from Castiglioni to Anastassiades

On the occasion of Milan’s Salone 2018 and the centenary of Achille's birth, Flos has turned its historic showroom in Corso Monforte, 9 into a veritable Wunderkammer to celebrate Castiglioni’s iconic lamps. Most of these projects developed from the observation of common objects, like sparkles of genius. Achille Castiglioni used to collect hundreds of them, just as you used to collect Beatles memorabilia. John, the people you met describe you in the same way as people would describe Achille: a curious, ludic, visionary spirit. Both of you were opinion leaders and working class heroes.

But there is also another designer we would like to introduce to you, Michael Anastassiades, who has similarly left his mark on Flos’ story. You wouldn’t believe it, but the lighting series on display at Flos’ showroom has a musical title: Arrangements.

The name of the whole installation,Jewels After Jewels After Jewels, was inspired by the lyrics of a song by Björk, Hollow. What do jewels have to do with lamps, may you ask? A fascinating consideration on language and multiple meanings:

It is no coincidence that the word ‘pendant’ has a double meaning. existing both as a piece of jewelry that hangs from a chain worn round the neck, and a light designed to hang from the ceiling.
Michael Anastassiades

As precious as gems in a necklace, as extraordinary as sculptures, the modular components of Arrangements can be combined and arranged at will.

Anastassiades comes from Cyprus but has lived in London for thirty years. With Flos he has already signed a collection that has become iconic in a very short time, like your Imagine. It's called IC Lights and is inspired by a contact juggler spinning a set of spheres, while the name recalls the codes used by British police to describe the apparent ethnicity of people stopped and questioned in the street. Each model has its own IC. We know you like this subtle irony. 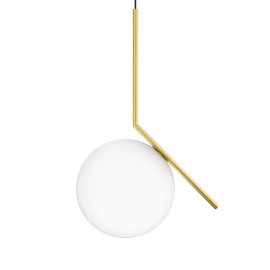 Why did all this make us think of you, you ask. Because both Michael and you met yoga, even if you eventually gave up. And above all because your most authentic songs reflect the same principle of Arrangements: they are essential, yet masterful. Like your Plastic Ono Band. From heart to heart, they leave the recipient with full power of interpretation.

As you told in your last interview, that’s the role of an artist: expressing what everyone feels. And what better way to do that than leave everyone the freedom to arrange an object following their own needs and tastes? 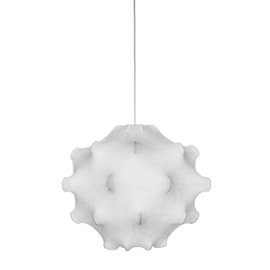 SHARE
SHARE
See it on the shop
Previous
The future is more important than the past: the story of Bonaldo told to Grace Hopper

Next
Light takes its shape: Artemide and Kandinskij