Hope to Nope: Graphics and Politics 2008-2018 at London Design Museum

We cannot deny it: these have been tough times for our planet. Ten years after 2008 financial crisis, political, economic and social instability is still an issue in all latitudes.

I was only a child and yet I still remember the glittery '80s and the economic boom. I still remember all the parties, the laughter, the music and the lavishness and opulence which was reflected everywhere from designer furnishings to Christmas trees to the straps of my mother's suit.

Wealth, well-being and hope are the keywords of the decade.

Then came the 1990s, which have slowly gone between grunge and wars and have been characterised by a decline in general enthusiasm, with no great promises in store for us.

And now that the first two decades of the new millennium are about to end, let's try to sum up the past years and what is left in our hands. 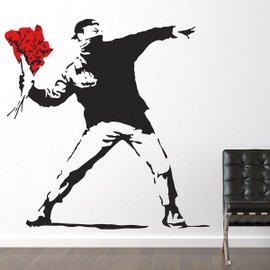 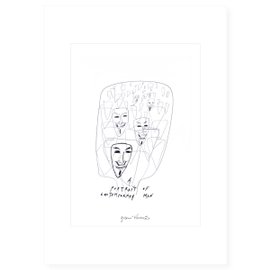 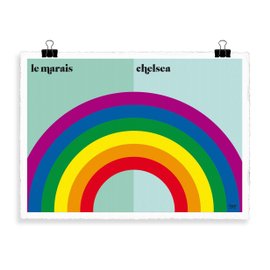 And so what we you do?

We protest, we complain: some of us who take it to the streets, some protest online, some other at the baker’s. And then there’s street art and graphic designers, veritable wizards of visual communication who express discomfort through art, giving a different meaning to dissent.

Hope to Nope, scheduled from 28 March to 12 August 2018 at London’s Design Museum, is the ideal opportunity to explore the different methods of communication used in political propaganda in the last decade.

The manifesto of this exhibition was designed by a world-famous street artist, Shepard Fairey, a.k.a. Obey. You will surely remember him for the iconic Hope poster of Obama's first presidential campaign.

Inspired by the concept of logo art, the artist has signed a series of icons, conveying messages in a quick, immediate and indelible way.

A kind of Propaganda 2.0: Obey's creations are food for thought, a stimulus to think about current issues, such as capitalism, power, human rights and equality. 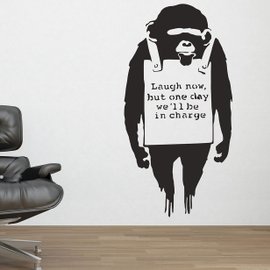 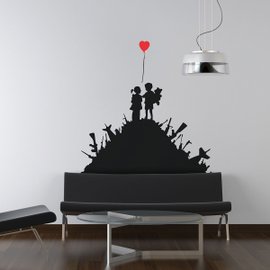 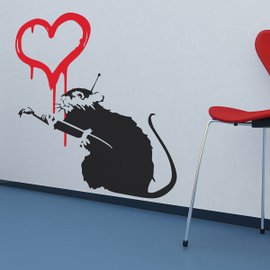 Hope to Nope: when graphics rhymes with politics

The exhibition's curator, Margaret Cubbage, has selected a series of works focused on subversion and irreverence towards the establishment. Many of them are signed by Obey and are inspired by some of the most turbulent events of the last decade: from 2008 global financial collapse to the Arab Spring, from the refugee crisis to the Brexit referendum results, until 2016 US presidential elections.

He then transposed them into powerful graphic messages, studying how political propaganda was designed in this regard, from political posters to protest posters and memes (yes, they can be considered a means of communication).

In fact, in this decade, the rise of social media is not of secondary importance. The pool of people willing to communicate, spread their own idea of ??politics and take a position has greatly expanded, and it seems that interest in political commitment is getting stronger - thankfully.

On social networks, however, the collective feeling fluctuates between distrust, despair and resignation. 2018 has just began but we are already crushed in a political landscape that's more and more deployed between right and left, with the impression of being at the mercy of unexpected events that close to the surreal, against which our commitment would seem very little.

We live in the age of counter-sense, don't you think?

History teaches us that everything is cyclical - and this is not comforting: it is an invitation to take a position, to get away from the nope and return to hope, with awareness. Therefore I would like to quote Gandhi: be the change you want to see in the world. 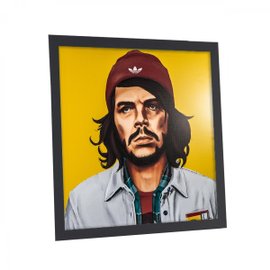 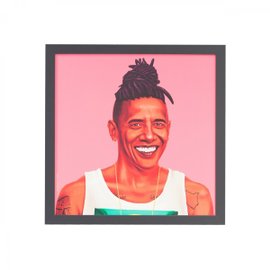 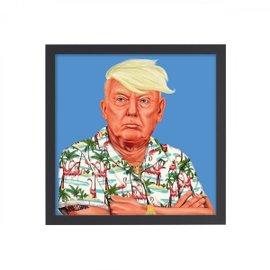 Drawing "A portrait of contemporary man"

Next
If you don’t know the word, invent it