The first time we hear of Captain Flint, we’re in an Inn at Black Hill Cove in the south west of England around the middle of the 18th century. Jim Hawkins, the young son of the innkeepers, helps a dying man who confesses to being a shipmate of the notorious pirate known as Captain Flint. But weren’t we talking about lamps?

The new designs from Anastasissiades and Flos are an homage to the pages of Robert Louis Stevenson, no less. And Captain Flint is the ruthless pirate who hides his booty from a life of raiding and marauding on an unexplored and isolated island: Treasure Island. 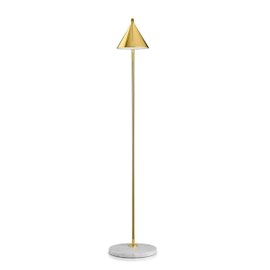 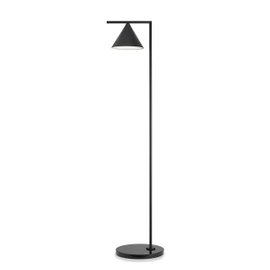 Have you found the treasure?

With Captain Flint, an illuminating cone that seems to lay on a minimal pole through a tiny contact spot.

I wanted to design a lamp with a double function. A floor lamp directed towards the ceiling to illuminate the room with enough diffused light, but also a lamp that could be soffused through a delicate rotation in order to allow reading. An idea of balance, a cone with the apex softly leaned on a rotating pole.
Michael Anastassiades

Michael Anastassiades's taste for geometric shapes is well-known. His IC and String Lights collections - already icons of the lighting sector despite being created only a couple of years ago - used to play with the sphere and cone shapes, defying the laws of physics with subtle and perfect balances.

There are two versions of Captain Flint: one in brushed brass with a white Carrara marble base, and another painted in charcoal black with a black Marquina marble base. 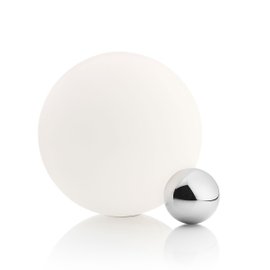 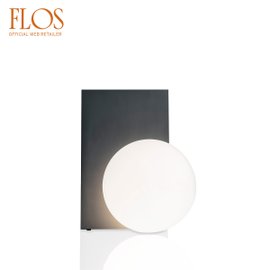 A foil, a sphere: Extra T

The sphere is another favourite shape of the Cypriot designer who loves to play with apparently precarious balances, with instants stolen from the perpetual movement of time and space, with optical illusions.

A moment of balance between a sphere of light and a rectangular flat surface, captured just before their separation. A frozen instant that forewarns something unexpected. Will the sphere roll down the table, or will the rectangular piece fall down flat?
Michael Anastassiades
PRODUCTS CITED IN ARTICLE

Next
You cannot do the same thing in San Francisco and in Paris: travelling with Gae Aulenti