«I still do not know how to dress: I always wear the same dress». In the last fifty years, the Italian designer Alessandro Mendini wore classic, well-buttoned shirts and few colors. Similarly, Karl Lagerfel used to wear a simple black jacket, a white shirt and a tie. And sunglasses. While Mendini wore eyeglasses.

A uniform that seems to be in contradiction with both the explosive character of Mendini's designs, as well as the transformational style of Chanel under the guidance of Lagerfeld. Yet, the uniform represented their trademark.

I am a fashion person, and fashion is not only about clothes—it's about all kinds of change.
Karl Lagerfeld 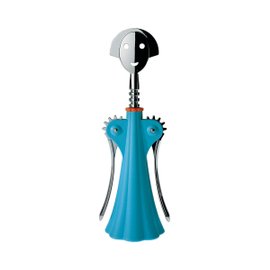 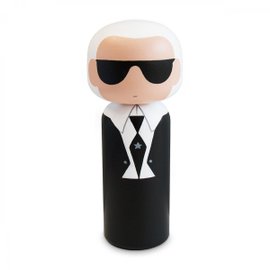 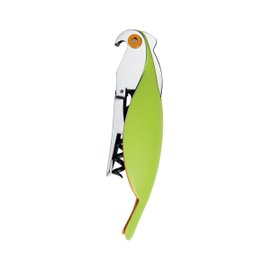 Alessandro Mendini and the meaning of kitsch

Both born in the 1930s, at the peak of fame in the 1980s, still influential up to (and beyond) their death, Karl Lagerfeld and Alessandro Mendini have been able to trigger a revolutionary creative process.

Poetic tendency in Mendini’s quotes, intellectual eroticism Lagerfeld’s: a mental approach that becomes a passionate search for a new way of seeing and representing everyday things, be they a corkscrew or a coat.

To be interesting, an object must contain an error: too red, too big, too kitsch. So you look at it with a different kind of attention.
Alessandro Mendini
Karl Lagerfeld in his Monte Carlo apartment furnished with Memphis design pieces

Through the experiences of Studio Alchimia and Memphis, «Pastiche became the defining design style of the Eighties, from Philippe Starck's restoration of the Royalton Hotel in New York to Karl Lagerfeld's reinvention of Coco Chanel's boxy suits.» (Alice Rawsthorn). It is no coincidence, then, that Lagerfeld had a whole apartment, the one in Monte-Carlo, furnished only with the best pieces of Memphis.

I don't like standard beauty - there is no beauty without strangeness.
Karl Lagerfeld 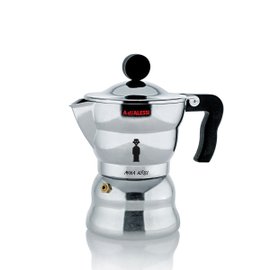 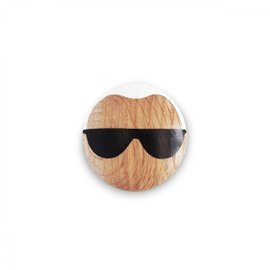 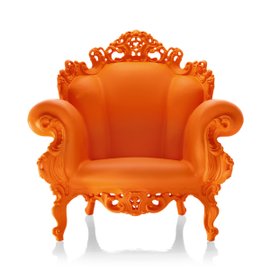 «I spend my life studying and searching, a labyrinthine work» Mendini used to say; «It's what drives me to continue and look for this sense of dissatisfaction in my work» said Lagerfeld. A constant movement aimed at keeping away from self-referentiality or snobbism, which clearly resulted in Mendini's and Lagerfeld's success.

I like fashion to be part of daily life.
Karl Lagerfeld
Alessandro Mendini and his Designer's dress

At odds with everyone, in 2004 Karl Lagerfeld accepted a collaboration with H&M, designing a collection that, in his own words, «worked». And Alessandro Mendini, in an interview with the Italian newspaper La Stampa, said that he would have gladly worked with Ikea, for the «small field of experimentation» that the company feeds. Therefore, no limits: Fendi and Chloé, Magis and Alessi, but also Vans and Puma, Swatch and Samsung.

Talking about technology: Alessandro Mendini never hid the fact that he did not know how to «use today's gadgets», including the computer; Karl Lagerfeld didn't even own a smartphone. And despite all the explosive color and irreverent juxtappositions that characterized their career, Mendini said that the iPad is more epoch-making than a teaspoon, Lagerfeld that there's nothing more beautiful than an iPod. After all, Steve Jobs was also famous for his uniform.