If you can't wait for the summer to treat yourself to the first relaxing bath by the sea, take advantage of Spring to let yourself be lulled by the waves and let your skin kissed by the first rays of sun! We suggest you five destinations where you can dive peacefully: the climate is mild, the water temperature is favorable and there is no typical August crowding. Ready to go? 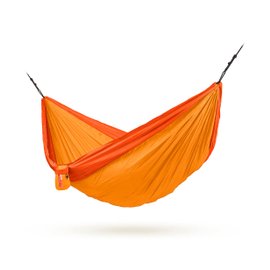 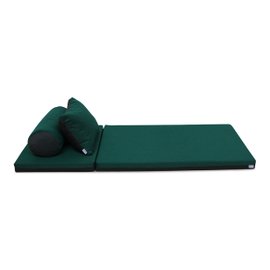 All year round popular for the temperate, dry and pleasant climate, the Canary Islands are an ideal place to go on vacation in May, when the temperature is pleasantly summery. Each island has its characteristics, from the wildest ones – Lanzarote, La Palma, El Hierro, La Gomera – to the most equipped ones like Tenerife, Gran Canaria and Fuerteventura.

In general, the Canary Islands enchant for the beauty of their natural volcanic landscapes, the lush vegetation, the wide and sandy beaches with palm trees and dunes or guarded by rocky bays.

Perhaps you did not expect it, but even in Italy you can swim in the Spring. In the South there are several pleasant coastal areas, but the most inviting is the Sicilian island of Lampedusa, characterized by the ideal climate thanks to its proximity to Africa.

The small island will captivate you with its crystal clear waters and its Mediterranean scent. Here there is one of the most beautiful beaches in the world: the Island of Rabbits, the royal gull's kingdom, is a marvel of sand and rocks with a thousand shades of blue.

The Middle Eastern sultanate is characterized by 1700 km of beaches where turtles lay their eggs, jagged coasts, deserts of golden dunes, mountains and waterways that irrigate vegetable gardens and palm groves. The must-see beaches are White Beach, As Sawadi, where the desert meets the sea, and those of the Daymaniyat Islands, an uninhabited reserve declared a natural park, surrounded by a spectacularly colored coral reef.

In the Musandam peninsula, you can admire majestic cliffs that plunge steeply into the sea. Here you can dedicate yourself to snorkeling, go on a kayak or dhow, the typical Omani boats.

Known for the curious and cute lemurs, the Island of Madagascar is a jubilation of vegetation, which offers the spectacle of a fertile and abundant nature. Kissed by the Indian Ocean off the African coast of Mozambique, the island is an ideal destination from May to October, when the climate is dry, with temperatures ranging between 25 and 28 degrees. Not only flora and fauna, but also the sea here is spectacular and will make your holiday unforgettable!

New Caledonia is part of the Oceanic continent, but depends on the French state. It is located off the coast of Australia and north of New Zealand, nestled in one of the most beautiful seas in the world, the Coral Sea in the Pacific Ocean. Characterized by a mild climate all year round, New Caledonia has a dry season from May to October.

The sea that kisses it is definitely calm, making it the ideal place for those who want to snorkel or dive. Arm yourself with fins and mask: a show of turtles, fin whales, corals and colourful fishes will open up before your eyes!

Next
3 Ideas to Steal from Television's Most Memorable Living Rooms